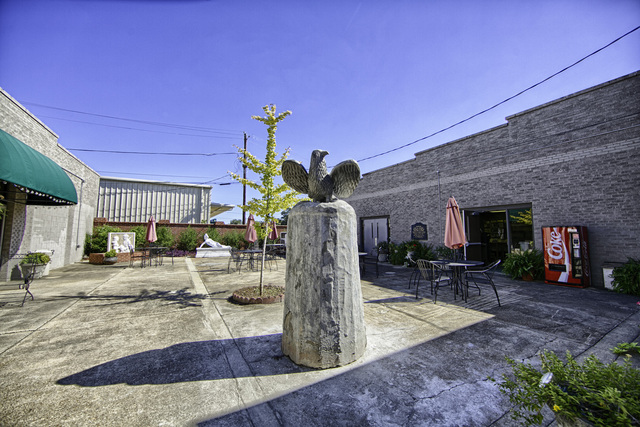 The City of Aliceville is known for the German POW camp that resided here during World War II. But Aliceville goes much further back than that.

John Taylor Cochrane, founder of Aliceville, had built a small railroad that connected Pickens County’s county seat with the Mobile and Ohio Railroad. His “Short Line” railroad was located southwest from the town of Carrollton, closer to the Tombigbee River. The railroad line ran between the two small communities of Franconia and Bridgeville, which is also where Mr. Cochrane placed his railroad station. At the time he built the station, there was no community where Aliceville is now located.

The new quaint little town was named in honor of Mr. Cochrane’s beloved wife, Alyce Searcy Cochrane. They pledged their vows of holy matrimony on November 9, 1898 at Christ Episcopal Church in Tuscaloosa, Alabama.

In 1902, Mr. Cochrane purchased the land on which the town on Aliceville sat. He had the town surveyed with lots, blocks, and streets that were laid out in an orderly plan. He was also one of the organizers of the town’s first bank, Aliceville Bank and Trust, and served as its first president. The new town was then incorporated as a municipality of the State of Alabama on March 18, 1907. Mr. and Mrs. Cochrane lived in Aliceville between 1903 and 1906.

Alyce Searcy Cochrane was a gracious lady, a beloved daughter, sister, wife and mother, a champion of good causes wherever she lived. Her town, “Aliceville,” is proud to bear her name.

–Complied and contributed by Mr. and Mrs. Robert Hugh Kirksey