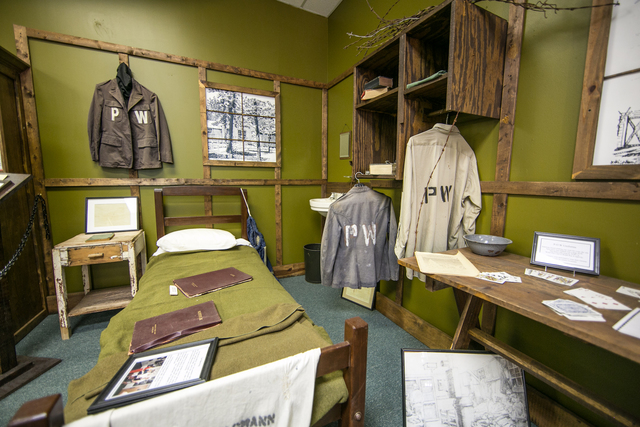 Aliceville Museum During World War 2, nearly 400,000 German Soldiers were interned in 511 prisoner of war camps in the United States. One of the largest of these camps was at Aliceville, AL. At Camp Aliceville, the US Army housed more than 6,100 German POWs and employed more than 1,000 American military and civilian personal. On June 2nd, 1943, the first of German Field Marshall Erwin Rommel’s Afrika Korps arrived in Aliceville. Additional German soldiers from battles in Europe joined these POWs from North America. Remarkable evidence of these German POWs is displayed at the Aliceville Museum. Exhibited are the artistic expressions of these POWs as seen through their paintings, musical instruments, sculpture, photographs, and furniture. Former POWs donated many items including Afrika Korps military equipment and Camp Aliceville publications. A 15 minute video introduces the visitor to the Camp Aliceville experience through eye witness accounts by former POWs, military guards, and civilian employees. The museum has an extensive display honoring US veterans from Pickens County, Alabama, as well as the assembly-line equipment from the 1948 Aliceville Coca-Cola Bottling Company.